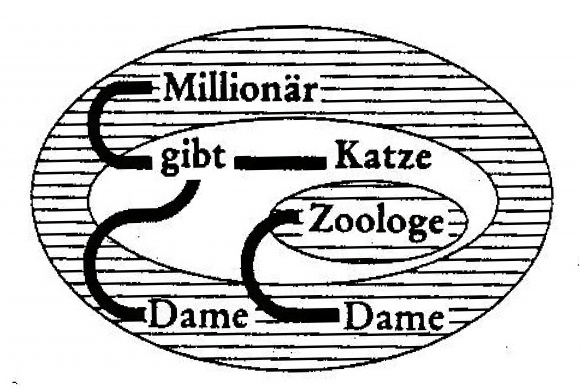 Symbolon and Gift: A Structuralist Déjà-vu with Ethics

Understanding aesthetics primarily in the sense of aísthēsis, as the theory of perception, my research interest focuses on the aesthetic fundamentals of modern semiotics. These fundamentals are neither to be found in what is usually deemed to be among the origins of Saussure’s linguistics, namely a history of concepts or ideas, nor in the (transcendental) foundation of Peirce’s semiotics. In accordance with Apel’s reception of Peirce, the latter is time and again considered a transformation of Kant’s Transcendental Logic and Transcendental Aesthetics in the German-speaking world. In contrast to this, my research turns to the question as to which aspects of perception are being excluded during the constitution of modern semiotics as a science, and during its process of institutionalization on the level of its sign-theoretical foundation. What I consider central is the problem of reference, which, by way of how it is being conceived as such (meaning as a semiotic problem), already becomes the shibboleth of two theories of signs––the individual semiotician announces him- or herself either as an adherent of a semiotic tradition that connects back to Charles Sanders Peirce, or as an adherent of a semiologic tradition that connects back to Ferdinand de Saussure.

Picking up on Foucault’s differentiation between the foundation of a (positive) science and the foundation of discursivity, I consult the history of modern semiotics under the aesthetical aspect of its production as a science. What comes into focus is thus, for one, the aesthetics of individual semiotic theories that transport a certain image of scientificity by way of their diagrammatical and formula-like exposition that is always oriented towards other sciences to some extent. On the other hand, it is about the recurring motive of a recourse and return to a kind of founding myth (the Paris conference from 1969) that idealizes semiotics as a merging of two sign-theoretical traditions. This merging does not only come with the »risks of annoying ambiguities« (Jakobson) of, for example, the term »symbol«. It also means, as it were, the end of semiology––semiology is then simply wrapped up in semiotics, however, since at the same time the question of reference is eliminated or marginalized, it loses connection with any sort of extralinguistic reality.

The goal of my research is to follow up the contradictory and resistant elements of modern semiotics in precisely those (post-) structuralist theories in the broader sense that were excluded with regard to the constitution of semiotics as a science. My work can thus itself be understood as aestheticizing, in so far as it doesn’t repeat the gesture of a return-to in a neutral way, but rather reminds of semiology’s claim to be a future science that »studies the life of signs within society« (Saussure). As a future science ––or rather a science to come (à venir), as one would have to say with Derrida––, semiology is to be confronted with the task of grasping aspects of perception that essentially belong to the (social) life of man.